Panchayat is a 2020 Indian comedy-drama web television series that premiered on Amazon Video on 3 April 2020. Produced by The Viral Fever, the series chronicles the life of engineering graduate who joins as a Panchayat secretary in a remote village Phulera of Uttar Pradesh due to lack of better job options. The series stars Jitendra Kumar, Raghubir Yadav, Neena Gupta, and Biswapati Sarkar.

Deepak Kumar Mishra directed the show, and Chandan Kumar wrote it. The official trailer was released on 30 March 2020.[1]

Panchayat is a comedy-drama, which captures the journey of an engineering graduate Abhishek, who for lack of a better job option joins as secretary of a panchayat office in a remote village of Uttar Pradesh. Stuck between crazy villagers and a difficult village lifestyle Abhishek starts his job with the sole motivation of getting out of there as soon as possible, for which he even prepares for CAT. 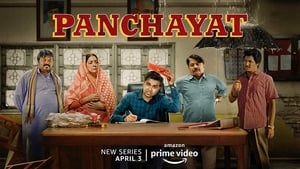