Spider-Man is a 2002 American superhero film based on the Marvel Comics character of the same name. Directed by Sam Raimi from a screenplay by David Koepp, it is the first installment in the Spider-Man trilogy, and stars Tobey Maguire as the title character, alongside Willem Dafoe, Kirsten Dunst, James Franco, Cliff Robertson, and Rosemary Harris. The film centers on outcast teen genius Peter Parker, who develops spider-like superhuman abilities after being bitten by a genetically-altered spider.

Development on a live-action Spider-Man film began in the mid 1980s. Filmmakers Tobe Hooper, Joseph Zito, and James Cameron were all attached to direct the film at one point. However, the project would languish in development hell due to licensing and financial issues. After progress on the film stalled for nearly 25 years, it was licensed for a worldwide release by Columbia Pictures in 1999 after it acquired options from Metro-Goldwyn-Mayer on all previous scripts developed by Cannon Films, Carolco, and New Cannon. Exercising its option on just two elements from the multi-script acquisition (a different screenplay was written by James Cameron, Ted Newsom, John Brancato, Barney Cohen, and Joseph Goldman), Sony hired Koepp to create a working screenplay (credited as Cameron’s), and Koepp received sole credit in final billing. Directors Roland Emmerich, Ang Lee, Chris Columbus, Jan de Bont, M. Night Shyamalan, Tony Scott, and David Fincher were considered to direct the project before Raimi was hired as director in 2000. The Koepp script was rewritten by Scott Rosenberg during pre-production and received a dialogue polish from Alvin Sargent during production. Filming took place in Los Angeles and New York City from January 8 to June 30, 2001. Sony Pictures Imageworks handled the film’s visual effects.[6]

Spider-Man premiered at the Mann Village Theater on April 29, 2002, and was released in the United States four days later on May 3. The film received positive reviews from audiences and critics, who praised Raimi’s direction and tone, the faithfulness and fidelity to the Spider-Man mythos, the action sequences, visual effects, Danny Elfman’s musical score, and the performances of the cast, particularly Dafoe and Maguire. The film became a financial success: it was the first film to reach $100 million in a single weekend, and became the most successful film based on a comic book at the time. With a box office gross of over $821.7 million worldwide, it was the third highest-grossing film of 2002, the highest-grossing superhero film and the sixth highest-grossing film overall at the time of its release. Spider-Man is credited for redefining the modern superhero genre, as well as the summer blockbuster.[7][8][9] Its success led to Spider-Man 2 and Spider-Man 3 in 2004 and 2007, respectively.

After being bitten by a genetically altered spider, nerdy high school student Peter Parker is endowed with amazing powers to become the Amazing superhero known as Spider-Man. 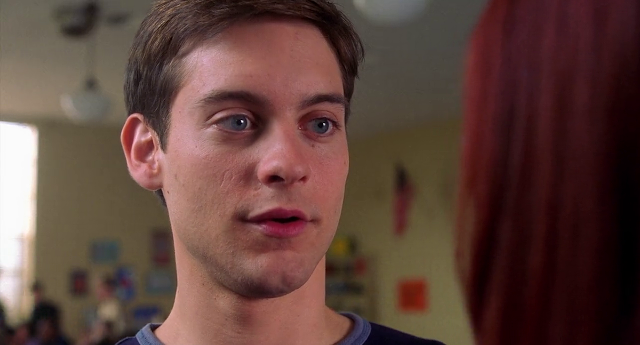 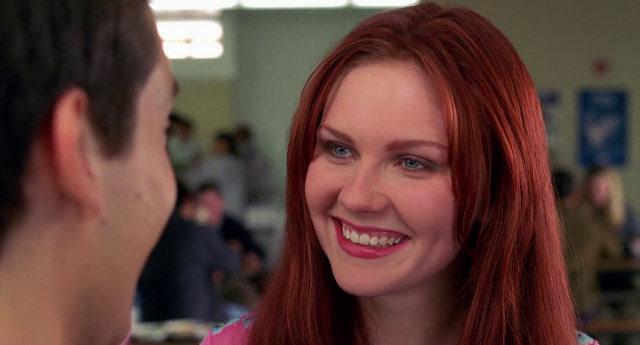 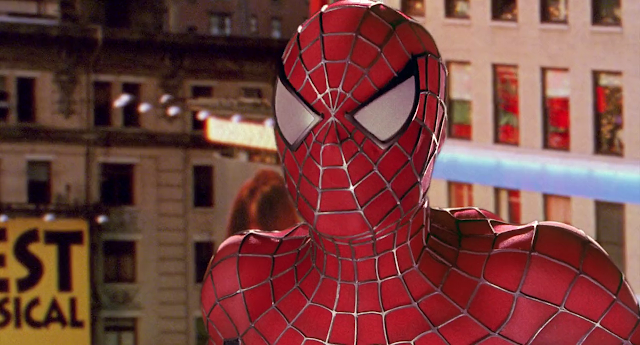 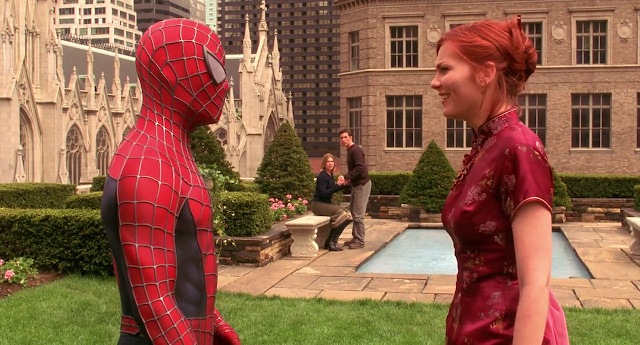 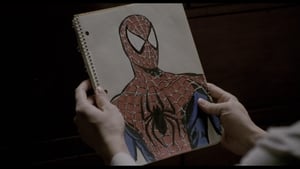