There's a hero in all of us.Jun. 25, 2004USA127 Min.PG-13
Your rating: 0
7 1 vote
ActionAdventureDual Audio MoviesFantasyHollywood Movies

Spider Man 2 is a 2004 American superhero film directed by Sam Raimi and written by Alvin Sargent from a story by Alfred Gough, Miles Millar, and Michael Chabon. Based on the fictional Marvel Comics character of the same name, it is the second installment in the Spider-Man trilogy and a sequel to 2002’s Spider-Man film, starring Tobey Maguire alongside Kirsten Dunst, James Franco, Alfred Molina, Rosemary Harris, and Donna Murphy.

Set two years after the events of Spider-Man, the film finds Peter Parker struggling to manage both his personal life and his duties as Spider-Man, which affects his civilian life dramatically. Meanwhile, Dr. Otto Octavius becomes a diabolical villain after a failed experiment kills his wife and leaves him neurologically fused to mechanical tentacles. Spider-Man must stop him from successfully recreating the dangerous experiment while dealing with a subconscious desire to stop being Spider-Man that is stripping him of his powers.

Raimi’s inspiration for the film came from the comic book debut of Doctor Octopus in 1964, the 1966 story arc If This Be My Destiny…!, and the 1967 story arc Spider-Man No More!. Principal photography began in April 2003 in New York City and also took place in Los Angeles.

Spider-Man 2 was released in both conventional and IMAX theaters on June 30, 2004, to widespread critical acclaim and grossed $789 million worldwide, becoming the third highest-grossing film of the year. It won the Academy Award for Best Visual Effects and was also nominated for Best Sound Mixing and Best Sound Editing; it also received five awards at the Saturn Awards, including Best Fantasy Film and Best Director for Raimi. It is considered as one of the most influential and best superhero films of all-time.[5][6][7][8][9] Its success led to Spider-Man 3 (2007).

Peter Parker is going through a major identity crisis. Burned out from being Spider-Man, he decides to shelve his superhero alter ego, which leaves the city suffering in the wake of carnage left by the evil Doc Ock. In the meantime, Parker still can’t act on his feelings for Mary Jane Watson, a girl he’s loved since childhood. 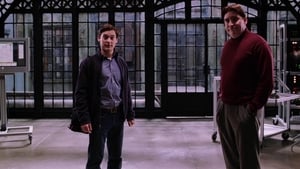