Sinnga (Chiranjeevi Sarja) is a short-tempered, which lands him in a lot of trouble with the police. His mother Janakamma (Tara) wants him to get married. When she spots Geetha (Aditi Prabhudeva) at a temple, she decides that Geetha could become her daughter-in-law. Sinnga also ends up falling for Geetha. But first, Sinnga has to take care of Rudraswamy (Ravishankar) who wants to exact revenge for public humiliation.

Vinay Lokesh of The Times of India gave the film two and half stars out of five, praising performance of Tara, he felt that Sinnga had all the elements of a pucca commercial film, but lacked the synchronisation in content and the narration. Concluding, he wrote, “Sinnga could be one-time watch for those who love mass films. 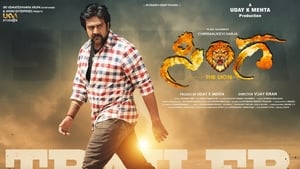