Rowdy Rathore is an Indian 2012 Hindi-language action film directed by Prabhu Deva. It is an official remake of the 2006 Telugu film Vikramarkudu. It is produced by Sanjay Leela Bhansali and Ronnie Screwvala, with a story written by K. V. Vijayendra Prasad, and stars Akshay Kumar, in double role of a brave police officer and thief.[4] The film also features Sonakshi Sinha, Gurdeep Kohli, Yashpal Sharma, and Paresh Ganatra in supporting roles, while Nassar portrays the main antagonist and Vijay makes a special appearance.[5]

Filmed primarily in Mumbai and Hampi on a budget of ₹450 million,[6] Rowdy Rathore was released worldwide on 1 June 2012. Its music was composed by Sajid–Wajid.[7] It opened to extremely mixed reviews but became one of the highest-grossing Indian films. The film was declared a blockbuster at the domestic and worldwide box office,[8] with worldwide earnings of over ₹1.98 billion (US$28 million).[9] Deva announced that if a sequel to the film will be made, Kumar is confirmed to reprise his role.

A small-time thug comes across a young girl who claims him to be her father, following which he realizes he has a lookalike who’s being hunted by goons. 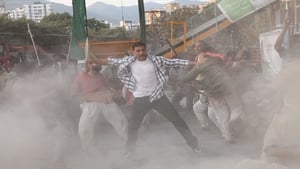