Once Upon a Time in China and America

Once Upon a Time in China and America So goes to the U.S. to open a martial arts school. Around this time, many Chinese people were sold off to U.S. railroad companies, and were brutally treated by the Americans under the harsh working conditions. Thus, the American workers’ hatred towards the Chinese immigrants is high. As a result, So gets into trouble with the Americans and the mob, and calls Master Wong for help. 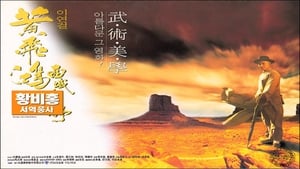