Kill Me Three Times is a 2014 Australian-American black comedy thriller film directed by Kriv Stenders. It was selected to be screened in the Contemporary World Cinema section at the 2014 Toronto International Film Festival.[1] The film was released in the United States on 10 April 2015, by Magnet Releasing.

In Eagles Nest, Western Australia, a wealthy motel proprietor Jack Taylor believes his wife Alice to be having an affair. After a violent argument, Jack hires Charlie Wolfe, a private investigator and contract killer. When Charlie returns with video proof Alice is having sex with Dylan Smith, Jack orders Charlie to kill her. Alice makes an appointment with dentist Nathan Webb to work on her tooth, which Jack chipped when he hit her. Jack tells Charlie about Alice’s dentist appointment. Before she leaves, Alice sneaks into Jack’s office and robs his safe.

Charlie is amused to see Nathan and his receptionist wife Lucy drug Alice, kidnap her, and eventually, after several mishaps, send her over a cliff in a flaming car. Charlie takes incriminating pictures of the acts. Lucy finds Jack’s stolen money in Alice’s bag and takes it before trying to kill her. Unknown to all involved, Alice wakes up in time to escape the car before it crashes and explodes. Satisfied that Alice is dead, Charlie returns to Jack for payment, not telling him that the hit was carried out by other people. When Jack finds his safe empty, he immediately suspects Alice and Dylan. He reassures Charlie he has more money in the bank, and Charlie says he will return the next day. 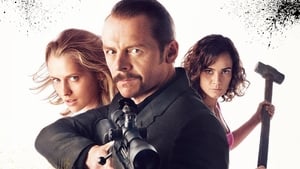 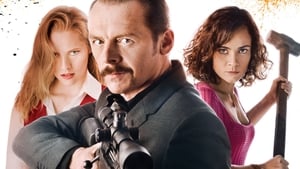