Khoya Khoya Chand, (translation: Lost Moon) is an Indian Hindi film directed by Sudhir Mishra which released on 7 December 2007.[1] The film stars Shiney Ahuja and Soha Ali Khan in the lead roles with Rajat Kapoor, Sushmita Mukherjee, Sonya Jehan, and Vinay Pathak in important roles. The film captures the lifestyle of celebrities with aplomb with the 1950s film industry as its backdrop.

Khoya Khoya Chand was produced by Prakash Jha and Alankrita Shrivastava was involved in the production.

Circa 1960s Lucknow-based author Zafar Ali Naqvi, who has issues with his father and his four wives, including the 4th one who lusts after him, re-locates to Bombay, starts writing for movies and falls in love with starlet Nikhat Sheikh. Both decide to get married but cancel the plans at the last minute after she finds out that her mother and her live-in boyfriend, Michael, have gambled all her savings. Zafar leaves, leaving Nikhat on a bumpy road to self-destruction. 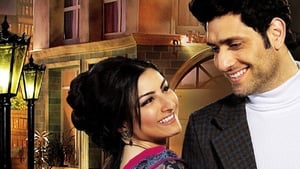