Gulabo Sitabo is a 2020 Indian Hindi-language comedy-drama film[1] directed by Shoojit Sircar, produced by Ronnie Lahiri and Sheel Kumar, and written by Juhi Chaturvedi.[2] Set in Lucknow, it stars Farrukh Jaffar, Amitabh Bachchan and Ayushmann Khurrana in leading roles.[3][4] Due to the COVID-19 pandemic, the film was not released theatrically, but on Prime Video worldwide on 12 June 2020.[5]

Set in present-day Lucknow (India), Gulabo Sitabo is a social satire about two impossibly peculiar human beings, Mirza Chunnan Nawab, who stays in a dilapidated mansion and one of the tenants, Bankey Rastogi. 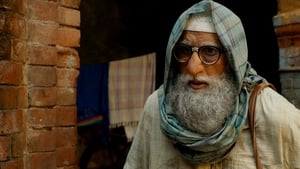