Gehenna: Where Death Lives is a 2016 American–Japanese horror film written and directed by Hiroshi Katagiri. The film stars Justin Gordon, Eva Swan, Simon Phillips, Doug Jones, Lance Henriksen, and Patrick Gorman.[1] It was acquired by Uncork’d Entertainment in 2018 and was released on May 4, 2018. An early screening was held at Saipan Regal Cinemas on June 30, 2018.

The film Gehenna: Where Death Lives follows a group of five people exploring the remote island of Saipan, while scouting for a new resort location, who all become trapped in a hidden WWII bunker. The team encounter oddly dressed mummified bodies, a living corpse, and a Japanese man still in war uniform. With the help of a diary written in Japanese they begin to piece together the curse placed on the area, while attempting to survive supernatural and psychological attacks.

On review aggregator website Rotten Tomatoes, the film holds an approval rating of 50%, based on 8 reviews, and an average rating of 5.6/10.[18]

Noel Murray from the Los Angeles Times wrote, “Gehenna features impressive gore effects, but the plot’s an uninspired hodgepodge of dozens of other “haunted structure” pictures, set at a plodding pace, in a gray, dim location. It peaks in its first five minutes. The remaining 100 go nowhere, slowly.”[19] Dennis Harvey from Variety stated that the film’s premise showed promise, and the performances were competent; but was undone by its underdeveloped script, and lack of actual scares.[20]

Norman Gidney from Film Threat liked the film, stating that, although the film wasn’t perfect, it was “too much fun not to see through to the end.” 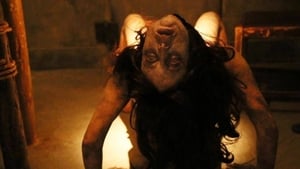