G-Force is a 2009 American family adventure comedy film produced by Walt Disney Pictures and Jerry Bruckheimer Films. Directed by Hoyt Yeatman and written by Cormac and Marianne Wibberley with a story by Yeatman, the film is his directorial debut, having earlier worked in the area of visual effects alongside co-founding Dream Quest Images. The film stars Zach Galifianakis, Bill Nighy, and Will Arnett and it features the voices of Sam Rockwell, Tracy Morgan, Penélope Cruz, Jon Favreau, Nicolas Cage, and Steve Buscemi. Sony Pictures Imageworks handled the film’s visual effects.[2]

A team of trained secret agent animals, guinea pigs Darwin, Juarez, Blaster, mole Speckles, and fly Mooch takes on a mission for the US government to stop evil Leonard Saber, who plans to destroy the world with household appliances. But the government shuts them down and they are sentenced to a pet shop. Can they escape to defeat the villain and save the world? 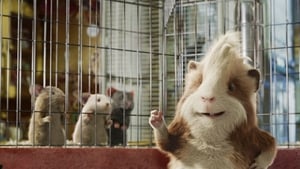 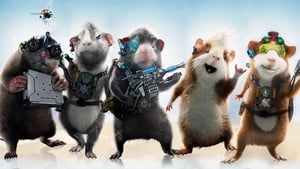