Chintu Ka Birthday is an Indian Hindi-language comedy drama film written and directed by Devanshu Singh and Satyanshu Singh.[1] It is produced by comedians Tanmay Bhat, Rohan Joshi, Ashish Shakya and Gursimran Khamba of All India Bakchod under their banner First Draft.[2] Starring Vinay Pathak, Tillotama Shome, Seema Pahwa and Vedant Chibber, the film tells the story of a 6 year old boy named Chintu, stuck in Iraq with his family during Saddam’s fall in April 2004.[3]

During US invasion of Iraq some illegal migrants are waiting to get back home to India. As one such family prepares to celebrate the 6th birthday of their youngest member Chintu, their kind-hearted Iraqi landlord lends them a helping hand. 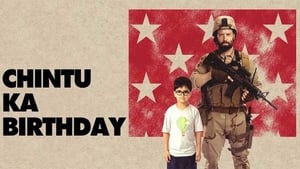