An unending darkness... A world of shadows... A ray of light that found its way... A teacher's dream... A student's miracle... A valiant journey... From ignorance to knowledge... From darkness to light... An extraordinary story of an ordinary life.Feb. 04, 2005India122 Min.Not Rated
Your rating: 0
8 1 vote
Bollywood MoviesDrama

Black is a 2005 Indian Hindi-language drama film directed by Sanjay Leela Bhansali and starring Rani Mukerji and Amitabh Bachchan. Black revolves around a deaf-blind girl and her relationship with her teacher who himself later develops Alzheimer’s disease. The film draws inspiration from the life of Helen Keller, the blind academic and activist. Black was a commercial success, becoming the second highest-grossing Indian film worldwide in 2005 and the highest-grossing 2005 Indian film overseas. The movie was majorly inspired or an unofficial remake of the 1962 movie The Miracle Worker.[2][3][4]

A remake of this film was produced in Turkey in 2013 titled Benim Dünyam.

Black is an adaptation of Helen Keller’s autobiography. Black revolves around a blind and deaf girl and her relationship with her teacher who himself later develops Alzheimer’s disease. 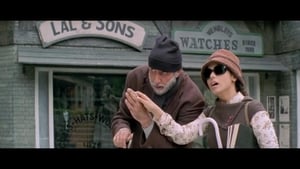