Adrift is a 2018 American romantic drama film produced and directed by Baltasar Kormákur and written by David Branson Smith, Aaron Kandell and Jordan Kandell. Based on a true story from Hurricane Raymond and set in 1983, the film stars Shailene Woodley and Sam Claflin as a couple who are adrift in the middle of the Pacific Ocean after a hurricane and must find their way to Hawaii with a damaged boat and no radio.

Adrift was released in the United States on June 1, 2018, by STXfilms and received mixed reviews from critics, who praised Woodley’s performance and the cinematography but criticized the familiar narrative.[3][4]

A true story of survival, as a young couple’s chance encounter, leads them first to love, and then on the adventure of a lifetime as they face one of the most catastrophic hurricanes in recorded history. 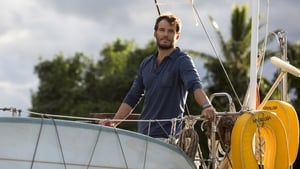